There are many problems in crane leasing in China 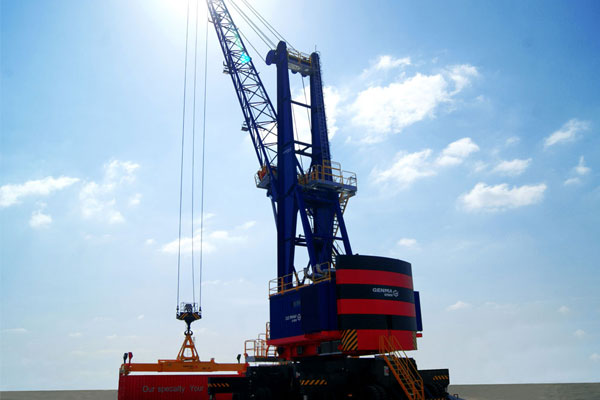 According to statistics, private users account for more than 70% of the total users, and there is a growing trend.With the readjustment of the national development strategy, the implementation of various measures and the strengthening of the strong desire of the whole people to seek common development and strive for a well-off life, the economic construction will surely move towards a road of rapid and healthy development.Construction crane and supporting industries, through the baptism of market competition, will also get rid of the previous years wandering situation, into a healthy and steady development of the new period.
Is a remarkable 2007 year: sustained growth in the number of large domestic crane, imports of all terrain crane 500 t, 600 t crawler crane, all unconsciously reached a staggering number, it shows that the industrial development in the new period in China, then also brought the whole crane rental to an unprecedented height.
In recent years, involved in the size of the lifting machinery rental companies have increased, the growth rate is astonishing.In 2007, large-scale engineering infrastructure construction has had a huge impact on the crane leasing industry. The upsurge of a new round of construction in the electric power, petroleum, chemical and other industries has played a decisive role in the development of China’s crane leasing industry.China’s crane leasing industry is generally composed of state-owned large leasing companies, private joint ventures and individual small leasing enterprises.Many of the large state-owned crane rental companies are reaping the rewards, while several other forms of leasing have also reaped some financial rewards.
According to some experts, China’s infrastructure construction will be further developed, but China’s rental industry still has many problems to be solved: disordered competition, market chaos is more common problems in China’s crane rental industry.At present, most of the crane leasing industry in China is still a traditional form of leasing, we still have a long way to go to get rid of the shackle of this traditional situation.Although the demand for cranes in large-scale infrastructure projects will increase significantly, with the rapid growth of the number of crane leasing enterprises, crane leasing enterprises will turn from seller’s market to buyer’s market, and even appear vicious competition of lowering the price.Compared with many large leasing companies, small leasing companies should win the favor of the construction side with good service quality, rather than simply compete with low prices.In China, some large crane rental companies use existing resources, give consideration to a variety of operations, so that not only can expand the turnover, but also can provide a variety of services for customers, thus expanding the visibility and influence of the enterprise.As a domestic crane rental company, it is necessary to fully learn the advanced management concepts of foreign countries, so that China’s crane rental industry has a qualitative leap.