Changes in microstructure and properties of forgings during tempering

Forgings after quenching, martensite and retained austenite is unstable, they have a spontaneous organization transformation trend to stability, such as the supersaturated carbon in martensite to precipitate residual austenite decomposition in order to promote the shift, such as for tempering tempering is a non-equilibrium organization to balance the organization's processes, this process depend on the atomic migration and diffusion of this authorization together with your completed the fire temperature is higher, the faster diffusion velocity;On the contrary, with the increase of tempering temperature, the quenching structure of forgings will undergo a series of changes. According to the situation of microstructure transformation, tempering is generally divided into four stages: martensite decomposition, residual austenite decomposition, carbide accumulation growth and ferrite recrystallization.
The first stage (200)
(1) forging tempering martensite decompose under 80 temperature tempering, quenching steel without Ming S organization transformation, the occurrence of carbon in martensite only partial, and no starts to break down in the 80-200 tempering, martensite begins to decompose, precipitate extremely subtle carbides, reduce the mass fraction of martensite in carbon forgings in this stage, due to the low tempering temperature, martensitic precipitation only part of supersaturated carbon atoms, so it is still the carbon in a - Fe supersaturated solid solutionThe precipitation of very fine carbide uniformly distributes in the matrix of martensite. The mixed structure of low saturation Martensite and very fine carbide is called tempered Martensite. 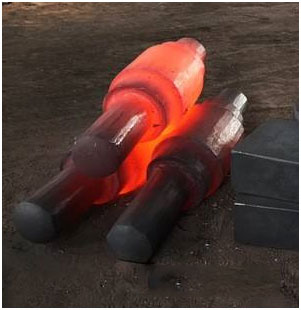 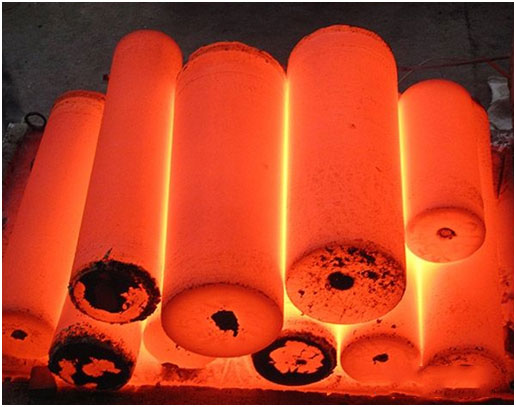 (4) The fourth stage of forging tempering (& GT;400) grew up carbide gathered and recrystallization of ferrite due to tempering temperature is very high, carbon and iron atoms have strong ability of proliferation, the third phase formation of cementite flakes will continuously spheroidizing and grew up in more than 500-600, alpha recrystallization occurs gradually, lose ferrite morphology of the original plate strip or sheet, and form polygon grain distribution on the organization as a ferritic matrix granular carbides, the group called tempering sorbite tempered sorbite with good comprehensive mechanical properties of the phase and lattice distortion eliminate internal stress.